Happy Birthday to Me!

January 5th is the best day to have a birthday and there seemed to be no shortage of warm wishes from the cosmos. 2012 is, I hope, an auspicious moment to enter, along with the Today Show, a seventh decade.

My Dear One devised the perfect plan: leave the car in Wilmington and take the train into the Big Apple for a day and a half of pure pleasure.

His execution was even better. We arrived early enough at the Amtrak station to be able to upgrade tickets for the earlier Acela train. For the record, the Acela, between Wilmington and NYC is not worth the cost, but at least now we can say we rode it. We had enough time at the Hampton Inn on 8th and 51st to sip a little vodka over ice with a twist of lime (never travel without a flask) and confirm the precise locations of dinner and theater. 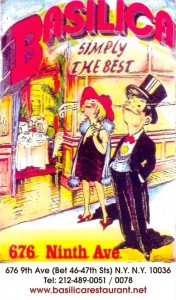 On our way to Basilica (very pleasant, food good not great, but the three-course, before-show menu at $29.95 includes a free bottle of wine) we passed a drycleaner-cum-tailor where a slender, brown-haired, thirty-something (I guess) woman was trying on a silky ivory garment, adjusting the fit. It was a strapless top over palazzo pants, softly draped and elegant, and when our eyes met I gave her a thumbs-up. She smiled in evident happiness, pressed her palms together and bowed in thanks.

There was enough time between dinner and The Follies, which was just the perfect show for a woman entering the seventh decade, to soak up the ambience of Times Square after dark. We surveyed the Great White Way from the Glowing Red Steps that constitute the superstructure of the TKTS booth. The January air, cool but not cold, was nippy enough to make me think the Naked Cowboy was insane to be prancing around in naught but boots, hat and briefs. He strummed the strings on his guitar once or twice but mostly reached out for pretty girl tourists and posed for pictures with them. How exactly does this guy earn a living? Is the Naked Cowboy more of a Midnight Cowboy?

Bernadette Peters headlined Follies and she is marvelous—and diminutive.  I knew, of course, that she is petite, but I had not really realized how short. She’d come up to my elbow, I think. Imagining us side by side was just the opposite of a night in the late 1970s when I mingled with the New England Patriots. The gallery at which I worked was hosting an opening for their tight-end, Don Hasselbeck. Yes, he’s better known these days as QBs Matt and Tim’s dad and, yes, he majored in fine arts at the University of Colorado-Boulder. On that evening, I—a big girl at 5 foot 10 ½ inches and weight to match—felt positively tiny.

The leads—Sally Durant Plummer (Peters) and Phyllis Rogers Stone (Jan Maxwell)—were good but Jane Houdyshell playing Hattie Walker and Terri White as Stella Deems knocked my socks off. Houdyshell, large in body and generous in comedic gifts, personifies the fat woman with an AARP membership who looks back on slenderer days as a song-and-dance girl with unadulterated delight and no sense of loss. White has a monster set of pipes and charisma to spare, and plays the beautiful girl grown into a mighty woman. 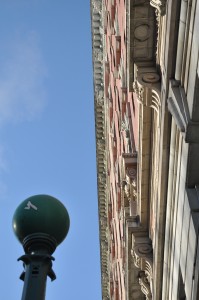 view from the subway stairs

Fellow Travelers at the Hampton Inn were charming, too. Maybe I was radiating birthday happiness, who knows.  I especially liked the fellow waiting on the 6th floor with me for an elevator. I noted his Steelers scarf and allowed that while I was supposed to support the Baltimore Ravens, I had a soft spot for the Patriots.  He gave me the sweetest smile and said, “You’re just all kinds of wrong, aren’t you?”

Mother Nature smiled the next day, or two or three. January 6 started with close encounters of the wild kind. As we went to buy a MetroCard, a brown rat—Rattus norvegicus—scooted from underneath the glass-enclosed agent’s booth across the floor and disappeared under the bank of kiosks. It was an ordinary denizen of the city, looking a bit stressed, somewhat disheveled.  Despite claims that New York City rats are the size of small dogs, this one was about the size of a lab rat and about as intimidating. I wished it well and we pushed through the gate and found a train headed uptown. 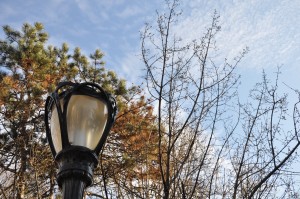 light of day in Central Park

The Upper West Side. Central Park. A beautiful and unseasonably balmy January day. If I thought that all days would be like this and if I had four or five million to sink into a comfy pied-à-terre, I’d buy season tickets to the opera and consider moving. As we emerged from the 86th Street station, the expanse of lawns and thickets of trees beckoned. The walk to the Metropolitan Museum of Art is so lovely, pathways curving between Pinetum and Great Lawn, the geometries of downtown skyscrapers rising dull blue against the pale blue sky, songbirds flitting through the shrubbery.

The Renaissance Portrait from Donatello to Bellini was our intended destination but we strolled through various galleries and examined Art in Renaissance Venice, 1400–1515: Paintings and Drawings from the Museum’s Collections first. We concluded the visit in the 20th century collections, spaces that seemed in disarray. We couldn’t find old favorites. Works seemed clustered by donor and with little discernable logic to the installation. Sometimes I sensed thematic sets, occasionally saw chronological orderings, and also encountered hangings that were reminiscent of the formal kinships that governed Albert Barnes’ installations at his Foundation in Merion, Pennsylvania. The effect was a cross between a merry-go-round and Groundhog’s Day, the same artists grouped together no matter where we went. But never mind. The Anish Kapoor on the second floor was very cool. 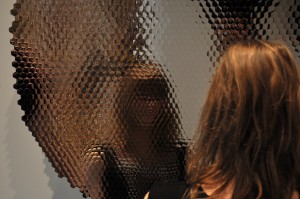 In time for coffee and cake, we strolled northward to the Neue Galerie. Finding the Café Sabarsky on the main level crowded, we headed downstairs to the Fledermaus. The coffee was strong, the poppyseed cake was flavorful if dry and the hazelnut torte in its coat of ganache almost too sweet. A moment of rest and the twin infusions of sugar and caffeine, however, were rejuvenating. The exhibition was The Ronald S. Lauder Collection: Selections from the 3rd Century BC to the 20th Century / Germany, Austria, and France. The title delivered much less than it seems to promise, but a few early Renaissance portraits, some Seurat drawings, and a lot of horse armor made it worthwhile. 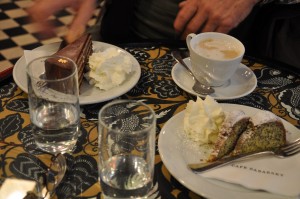 As the shadows lengthened and the air chilled, we trudged back across the Park and waited for our ride home. It had been a perfect day, a perfect finale to a perfect birthday…and I was very, happily, tired. 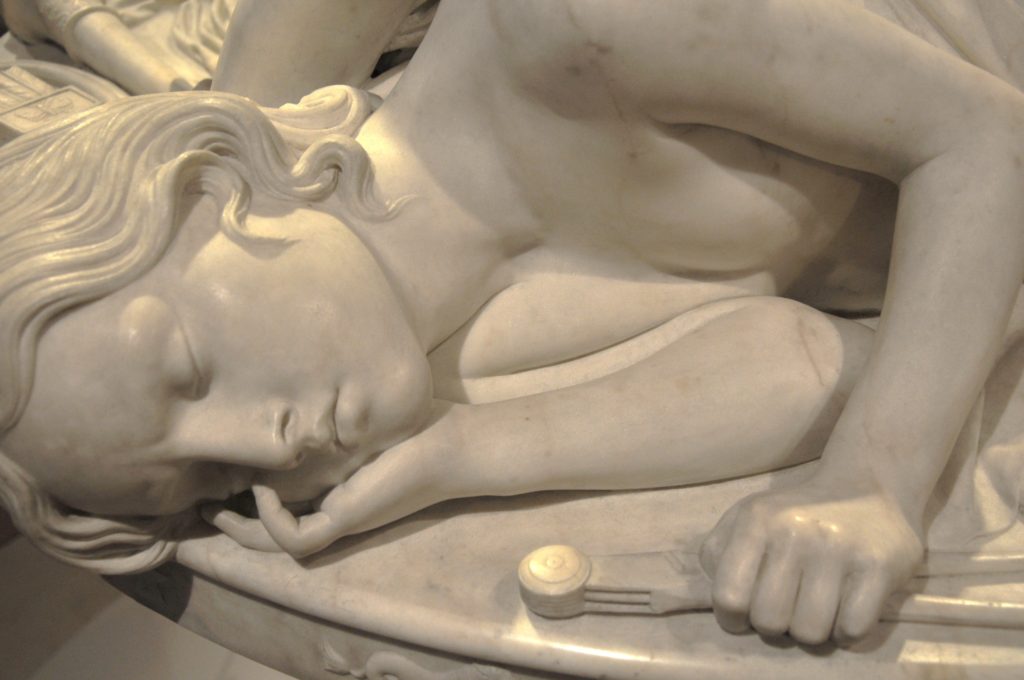 At the Met, "...the Genius of ambitious rectitude sleeps the agitated sleep of misfortune and glory...his head extending beyond the periphery of the world..." (or so says sculptor Lorenzo Bartolini (1845)