On the Gulf Coast 2

Our rental for this Florida vacation is a Kia Optima, a perfectly nice car, but not what I planned on. Dollar was offering a deal where I might get either a compact or an upgrade. Turns out that the upgrade was a Grand Caravan and there were no compacts. Backed into that automotive corner, I chose to pay extra for a midsize. We’re a coupla geezers. What do we need with a vehicle designed for people who chauffeur half-a-dozen warring youngsters?

Red Rental Kia, though, plays only Jimmy Buffett. To be specific, it goes straight to the A1A album and simply refuses to play anything else, even a different Buffett album; fuhgeddabout sundry playlists or some other artist  on the iPod. 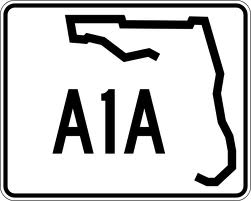 I am second to none in my appreciation for this singer-songwriter, the Bard of the Beach, the Troubadour of Key West, but there are times when the odd chanson, some old country tune, even a little Grateful Dead suits the mood. Today was one of those times. It was a two-and-a-half-hour drive from Tampa to Bonita Springs where we looked forward to lunch and a long afternoon with dear friends. We pulled to the side of the road where I tried to persuade Red Rental Kia to accept an alternative to the Margarita Poet; nothing doing. At the rest stop, I consulted the car manual and tried pushed various buttons in every more complex configurations; it was straight back to A1A.

On the way home we enjoyed companionable silence and offerings familiar and unfamiliar from a classical fm station. It wasn’t enough, however, to get A Pirate Looks at Forty unstuck from my Dear One’s brain.

Jimmy Buffett: is it true you control all the music in Florida?