Corona Virus Diary 2: Our Government Behind the Curtain

The Internal Revenue Service wisely extended the deadline for filing federal tax returns until July 15, 2020. It’s not simply a matter of COVID-19 throwing our lives into disarray. Nope. The government has to think about all those employees sitting cheek by jowl, processing returns and it is my understanding that our Cheetoh-in-Chief was forced into declaring a national emergency in a belated attempt to look like he is paying attention to the situation. Or worried about individuals not himself. 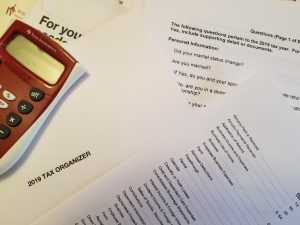 Doing our taxes isn’t all that onerous. Our accountant sends out a worksheet; I run through the checklist and collect all the tax documents that have arrived; I print off a copy of the things I hope are deductible. You know, medical bills, charitable donations, that kind of thing. If all goes well, we get a notification of how much we still owe and what the quarterly payments will be in 2020.

The downside of the bull market that started in 2008 has been the taxes on the unrealized gains, realized or not. The downside of the Trump Corona Market Crash of 2020 is that we can’t deduct those paper losses even though they are real losses in terms of our real lives.

eight years to rise and ten days to fall

Tax time reminds me of the contract we have with the government: we give them money and they provide essential services, national security, and cushy jobs with great healthcare and retirement benefits to our elected members of congress. Government also decides who is most deserving of financial safety nets and its clear preference is for easing the burden on the one percent and wealthy corporations.

On the whole, I don’t mind paying taxes. I like to feel that the bridge I am driving across won’t fall down. I hope that the staff who will take care of me in the Old Folks’ Home will be reasonably literate. I applaud when our military and National Guard arrive during hurricanes, forest fires and pandemics. I believe in educating and feeding our school children, caring for the frail and ill, upholding human rights, and protecting our water, air and biodiversity.

Pay No Attention to that Man behind the Curtain

Not so thrilled that the capo to the guy squatting in the White House, Attorney General William Barr has decided that what this crisis calls for is the suspension of our Constitutional rights.  Have a feeling that martial law is not far behind. A little worried that the general election scheduled for November 3, 2020 might be in jeopardy.

Meanwhile, my Dear One and I filled out our census form. Fortunately there were no questions about or citizenship or whether or how we voted in the last general election. I certainly want every single individual resident in this country, citizens, green-card holders and recent immigrants, whatever door through which they might have entered, to be enumerated. No reason to let any of those members of the House of Representatives slack off because they think their district just isn’t all that densely populated.

Then there is the matter of immigrants, with and without papers. That infamous xenophobe and Trump’s Secretary of Commerce, Wilbur Ross, business magnate and a man with an estimated fortune of $600 million, worked like the blazes to get a question about immigration status on the census form. Is there a reason the census falls under the purview of the Department of Commerce rather than the Federal Election Committee? Fortunately a majority of the justices on the Supreme Court agreed that Ross wanted to use census data to deport as many people of color and non-Christians as possible and denied him that question. After all the purpose of the census is to get the most precise headcount possible. The Bureau knows that every question added to the census results in a decline in the self-response rate.

And it’s not like the GOP hasn’t already gerrymandered the bejeezus out of states where they control the State Houses and suppressed the Democratic-leaning vote by closing voter registration stations and polling places, purging the rolls, and employing whatever tactics left over from Jim Crow can still be weaseled past constitutional challenges. 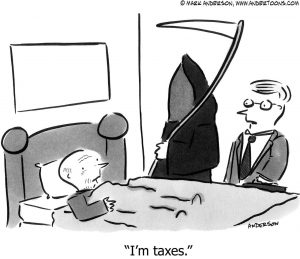 Yes, indeedy. Our government pulls blinds against the glare of public scrutiny. Now back to work on my taxes. No reason to wait until July.