Listen To The Kids

The exhibition Modern Times: American Art 1910-1950 just closed at the Philadelphia Museum of Art. I had been thinking I should go see it since late last spring. I made it on the last day.

Good show. Glad to see those works out of the vaults where they normally hide and I am impressed that the holdings of the PMA are wide enough and deep enough to bring together such a complete presentation.

Too bad, though, they didn’t put the kids in charge of the interpretive portion. The texts offered to grownups were dry as dust, all about the obligatory facts of art history and nothing in particular about the works identified, little that anyone would care about for the artist, little that turned the visitor’s attention back at the objects for a longer, more personal engagement.

Over the summer, the Art Splash program included tours during which they collected observations children made on some of the works. A few of the comments were added as secondary labels. While I found the prompts included at the top “leading and limiting,” as I shared with educators there, including the manager of family programs, I was glad to hear that the tours from which the comments were culled were in fact open-ended in conversation, a typical question being along the lines of “What do you think?”

Modern Times was quite a large show. Here are the works that benefitted from youthful insight. 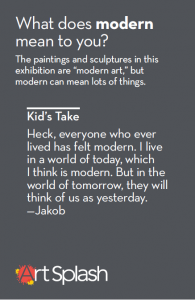 Heck, everyone who has ever lived has felt modern. Jakob 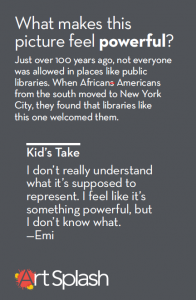 Jacob Lawrence, The Libraries Are Appreciated from the Harlem Series, 9 West 124th, 1949 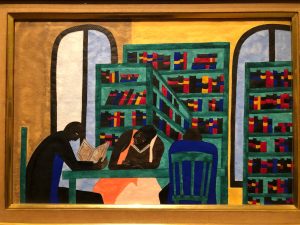 I feel like it’s something powerful, but I don’t know what. Emi 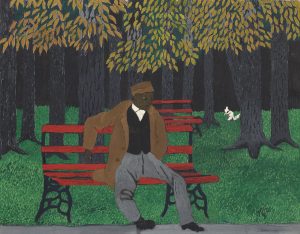 He looks happy, but fascinated by something. I want to know what. Nick 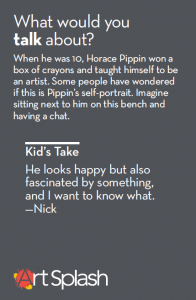 He looks happy, but also fascinated by something. I want to know what. Nick 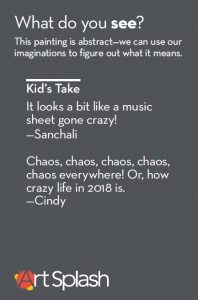 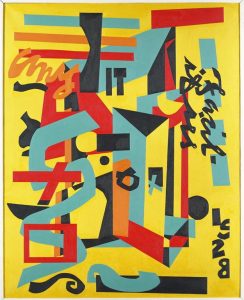 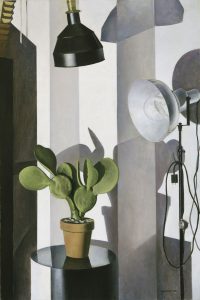 Why did you paint the cactus with no spikes? And why did you not plug in the lights? 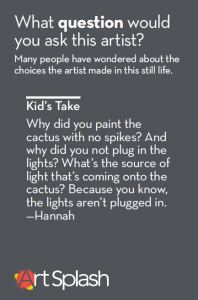 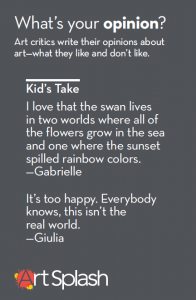 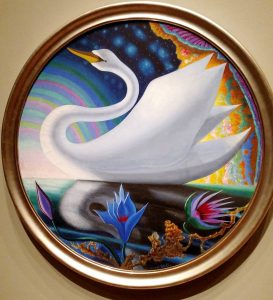 It’s too happy. Everybody knows this isn’t the real world. Giulia 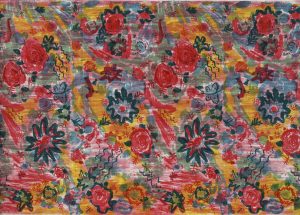 It reminds me of a small child’s artwork that is hung up on the fridge by a mother who knows the little kid will succeed in the future. Pelham 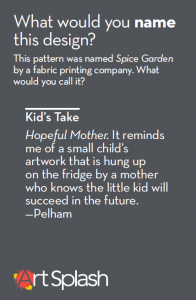 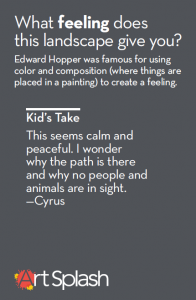 I wonder why the path is there and no people and animals are in sight. Cyrus 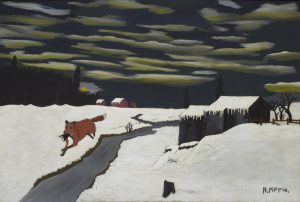 A lemon is floating up in pickle clouds. Ayla 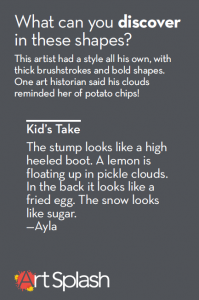 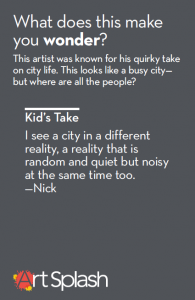 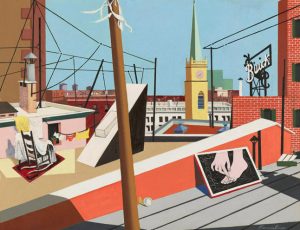 I see a city in a different reality, a reality that is random and quiet but noisy at the same time, too. Nick 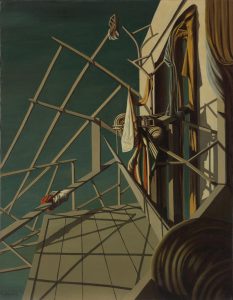 There are a lot of sharp pointy things in it and maybe it looks like a unicorn’s horn. Maya 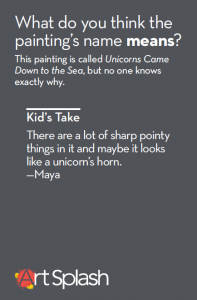 Kay Sage Tanguy, Unicorns Cam Down to the Sea, 1948 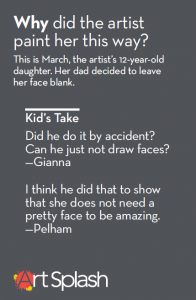 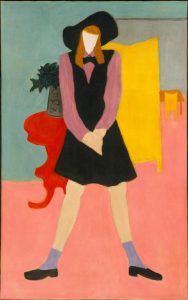 I think he did that to show that she does not need a pretty face to be amazing. Pelham 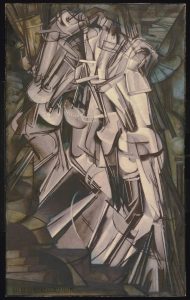 It must be the hardest painting style ever, Cubism. I do not know what it is but I am bad at solving Cubism. Rayden 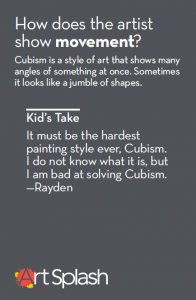