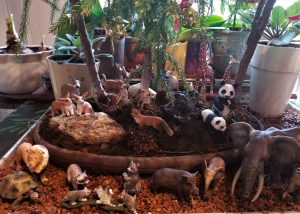 Advent proceeded inexorably toward the First Day of Christmas. I went for minimalist normalcy: the Crèche and the Peaceable Kingdom, candles in the windows, wreaths flanking the front door.

Unsettled After The Election

Donald Trump is still grinching about a rigged election and still has not conceded defeat. Senator Josh Hawley (R-Missouri) will impede what should be a routine certification of the election results on January 6, 2021 with a groundless objection. President-Elect Joe Biden is protesting roadblocks to the transition, particularly at the Department of Defense and the Budget Office. There is no meaningful plan to distribute vaccines or to deal with disasters stemming from the COVID-19 pandemic has nearly every American on edge. 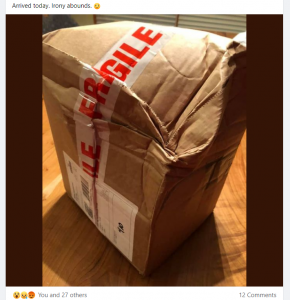 The parcels I mailed from Maryland to my Best Friend in Cleveland, Ohio, and the kids in Media, Pennsylvania, have still not arrived. As of New Year’s Eve. I gather there is a perfect storm in the US Postal Service, as well as at UPS and FedEx, of parcels to sort, workers sick with COVID-19 and incompetent management.

We will just have to celebrate two Christmases in 2021, my BF and me. I just hope all that chocolate arrives in Media, about a seventy-five-minute drive from here, while it is still good.

Meanwhile, the bipartisan COVID-19 relief bill languished on Trump’s desk while he played golf at Mar-a-Lago. All most people wanted for Christmas was assurance that they will still have a home and will be able to feed their children on New Year’s Day. What they got was a signature at the eleventh hour that promised a $600 check at some point down the road and no certainty at all that they were safe from eviction.

A Change Of Plans 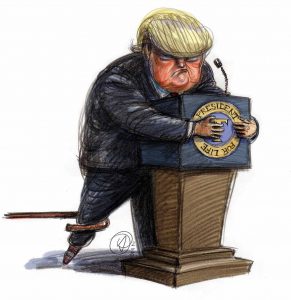 It was Donald Trump’s plan to drive the country down the road to a tyranny over which he would preside.

It is the plan of some eighty-one million plus Americans to see the capacious backside of Trump as he stomps back to his real estate empire. To be honest, we also want to see that capacious backside wrapped in an orange jumpsuit. I may a raise a glass to that New Year’s wish.

Some percentage of Trump’s seventy-four million voters, though, are convinced that their candidate was robbed of what was rightfully his. As was ordained by their Dear Leader himself.

As tonight becomes tomorrow morning and 2020 becomes 2021, not much will change other than the year I write on my checks.

There are six left of the Twelve Days of Christmas. There are five days until my birthday and all I want is victory of Jon Ossoff and Reverend Raphael Warnock in Georgia. All I want is the removal of Mitch McConnell from the seat of Senate Majority Leader where he has been the power behind Trump’s throne. 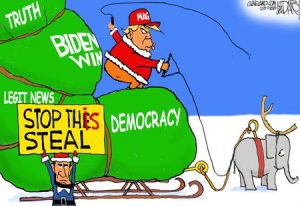 It is twenty days until minimalist normalcy becomes, I hope, something larger, sturdier, better. And may ever larger numbers of Americans join together to make it so.