Drag Is Not A Problem. It’s Not Even A Drag.

What are these people getting worked up about?

Film and Television in the 20th Century

The ten “Madea” movies made since 2005 have earned buckets of money for Tyler Perry. Somebody has been watching them.

For “The Nutty Profession” (1996), Eddie Murphy most of the characters of the whole Klump family, including Mama Anna Klump and Grandma Ida Mae Jenson. Literally hundredweights of family fun. 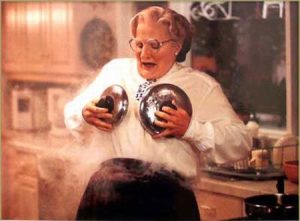 In 1993, Robin Williams had to go to his brother, played by Harvey Fierstein, no cross-dressing slouch himself, to ask, “can you make me a woman?” Robin William was the best kind of spectacle as Euphegenia Doubtfire in “Mrs. Doubtfire. And he sent the drag route in order to be around his own small children.

“Tootsie” (1982) added to the luster of serious dramatic actor Dustin Hoffman, when he transformed himself from Michael Dorsey to Dorothy Michaels to advance his career in television and film.

I was a fan of “Bosom Buddies,” a sitcom that ran from 1980-82 featuring Tom Hanks and Peter Scolari as two aspiring advertising copywriters masquerading as women in order to live in an affordable women-only apartment building in New York City. 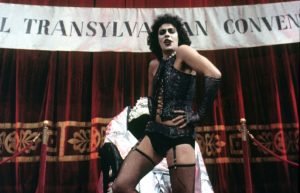 Tim Curry as Dr. Frank N. Furter, the “sweet transvestite from Transsexual, Transylvania,” the star of “The Rocky Horror Picture Show” was utterly hilarious. And just how old were you when you became a fan?

Monty Python (active on and off from 1969 to 2014) gloried in the great British tradition of cross-dressing theatricals and had a real way with a frilly frock and a screeching falsetto. Most of the babies I knew then were weaned on “Monty Python and the Holy Grail” and “The Life of Brian.”

The absolute best party of the “Flip Wilson Show” (1970-74) was any skit showcasing the host as the exuberantly raunchy Geraldine Jones, whom the devil made do so much.

In 1959, Marilyn Monroe, Tony Randall and Jack Lemon were hilarious in the movie “Some Like It Hot” and the latter two killed in drag. And the script was awash in sexual innuendo.

These are just a few examples taken only from films and television widely enjoyed by families and people of all ages.

Girls being boys and boys being girls is standard fare at every single-sex institution of learning. It has ever been thus. All the roles must be cast. Someone has to sing tenor and someone has to sing soprano. 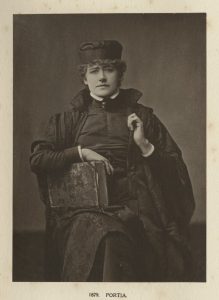 Actress Ellen Terry as Portia in “The Merchant of Venice,” 1879

If one wants to see Shakespeare staged as it would have been at London’s Old Globe Theater in the early 17th century, not only would all the female roles have been acted by men—well, boys—but in many of the “plays within a play” men masquerading as women would have been played their parts to the bawdy hilt. And then there is the matter of women cross-dressing as men and becoming the love interest of other women. See “Twelfth Night.” Or “As You Like It.” Or “The Merry Wives of Windsor.” Or “The Merchant of Venice.” Or “Cymbeline.”

Which school board or State House wants to take on the challenge of deciding which part of Shakespeare a teacher may teach?

Fashion Through the Ages Around the Globe

And honestly, are we not willing to concede that the very fact that modern women wear trousers and Scottish men wear kilts can both be construed by our conservatives as examples of “cross-dressing”?

Did you disallow your child from witnessing male hula dancers perform? Did you get all in a lather when a “female” clown at the circus was in fact a man? Did you prevent your child from looking at an 18th century portrait at the art museum because little boys had long hair and were dressed in the same clothing worn by little girls?

Did you know that prior to the 1940s or 1950s, blue was more commonly considered a “girlish color” and that pink, perceived as a “stronger color” was reserved for boys?

What Children See vs What (Some) Parents See

I was enthralled listening to a piece on NPR the other day about Drag Queen Story Hour. Utterly charmed. Here are people leading busy lives taking time out to read books to children, children who hear far too few stories, see far too few pictures, who are offered far too few opportunities to exult to the fullest in their imaginations. 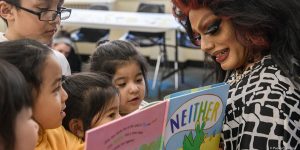 What do I think these tykes saw? I think they saw people dressed in exotic costumes, glittering with colored sequins, loving eyes framed by hilarious eyelashes, smiles that welcomed them all.

They didn’t see these readers as men crossdressing as women. It was not to them any kind of sexual expression. Most of them, frankly, have no idea exactly what sex, let alone gender, is all about. A few have already received age-appropriate instruction from their parents about body parts and how they work and how they are private. Sadly, a few have already had their bodily integrity and their innocence violated by family members or friends who prey on trust and ignorance.

Most of these kids, though, saw the chance for a rollicking good time at the local library or the community center. Most of them saw grownups bubbling over with the same joy that brings the children themselves to squeals of happiness, explosions of dance and delight.

I say this to all the parents and citizens trying to wrest control of the schools, libraries and curricula. Get. A. Life.

And let all kids have their own lives. Let all kids be true to themselves, their most real, most fundamental selves.

You, moreover, have no right to make decisions about someone else’s child.

There may be a straight—very straight—and narrow religious path that serves you. It isn’t, however, a path into which most of us are willing to wear a rut or on which we would confine our children. We have other destinations than your church. Our minds are not fixed on your catechism. Our futures are not constrained by your rules.

I am an adult and I can keep you out of my life, my business, my bedroom. And I am going to fight to ensure that all Americans of all ages have equal control over their privacy and the freedom and the safety to live their own American dream.