The box turtles look so surprised, heads withdrawn above the hinged front of the plastron, topaz eyes wide and startled. They are invisible until I yank weeds or scatter fallen leaves; then the carapace, rounded and daubed with orange, is unmistakable. I call them all “Tintoretto,” cousins to Donatello, Leonardo, Michelangelo and Raphael of Ninja fame. Bigger ones travel to the upper terraces. The ones down in the woods are tiny. According to the Maryland Zoo folks, Eastern box turtles (Terrapene carolina carolina) rarely roam farther than 250 yards from the nest where they hatched and can live to be more than one hundred years old. So have I encountered generations of Tintorettos or do I just see the same few of them again and again?

As the pandemic continued into its second year, the gardens grew tidier and the seat of my overalls muddier. Hours of weeding have paid off, although battling invasives like Japanese stilt grass and rosa rugosa may not be a winnable war. Still, I clear around the ferns and do what I can to push undesirables deeper into the woods where the shade contains them. And how the trees have grown! The saplings planted ten or fifteen years ago tower twenty feet and their canopies extend the forest most of the way to the house. 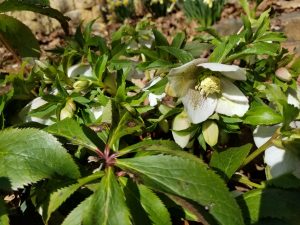 Not many plants—other than weeds—thrive in the clay and shade. I look for native species—but old stalwarts like hellebore are deer-proof and seem to grow anywhere I put them. Dozens of babies now surround the oldest hellebores and they are easily transplanted. Good thing. They are pricey and I have space to fill. I also excavated an overgrown patch of yellow, reblooming iris that had produced nothing but leaves for the last few years and added them here and there. Even after neighbors, a trick-or-treater parent and the BG&E guy adjusting the light on the lamppost took some, I still have a bucket full.

The ongoing challenge is a muddy stretch along the edge of the woods, which fills with rainbow-filmed water after heavy rains. The slick is likely coming off the road—I certainly hope it isn’t rising from the ground. In digging down, I ran into the dense black plastic that was the silt fence when the house was built 16 years ago. Instead of removing the plastic, the developer, Gemcraft, simply buried it; it would now take the brute force of digging machines to get it out of there. Aluminum cans, fast-food trash and bits of building materials still surface regularly. Where there is space, though, I am adding skunk cabbage to the area.

Skunk cabbage? It is one of my favorite harbingers of spring and reminds me of the old, old story “The Walking Boy” by Alicia Aspinwall. The Walking Boy trapped in the Walking Shoes needs the Fainting Rug to help him stop walking, but the old man whose beard has grown into the rug after he fainted on it requires the Essence of Esnesnon (“nonsense” spelled backward) to awaken. The Essence of Esnesnon is guarded by the Croco-Snake who wants the Collar-Set-With-Emeraloons worn by the Skunk with a yearning for The Skunk Cabbage. The Skunk Cabbage is guarded by a Boy-With-Tender-Feet who needs those Walking Shoes. The Boy-With-Tender-Feet gives up The Skunk Cabbage, kicking all those dominos into motion and eventually receiving the Walking Shoes. I am hoping that my skunk cabbages will be the beginning of something almost as marvelous. 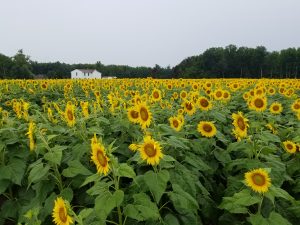 Our travels are still curtailed, but my Dear One and I ducked into Washington DC for an overnight to see my brother the lawyer and his fiancée, who were settling her daughter into Georgetown University. After an amble around the war monuments on the Mall, we joined them for lunch at a restaurant where the seating spilled out into the street. Our only other great adventure in 2021 was a wine-tasting at the Winterthur Museum in Delaware where we strolled through gardens and fields in pursuit of the next glass. We miss the far-flung excursions enjoyed prior to 2020—but hope voyages on eternally.

A retrospective of paintings by the cubist Juan Gris—an exhibition I have been eagerly awaiting—opened at the Baltimore Museum of Art alongside A Modern Influence: Henri Matisse, Etta Cone, and Baltimore. The BMA is—alongside the Museum of Modern Art—the single greatest repository of Matisse’s work in the U.S., thanks to Miss Etta and her sister Dr. Claribel. The Cones were members of that astonishing community in Paris in the first decades of the 20th century that included the writer Gertrude Stein and the artists who invented the modernism we know today. Miss Etta (Dr. C. died in 1929) enjoyed a lengthy association with Matisse, even after her return to Baltimore, until her death in 1949. What conversations must have sparkled in her rooms.

One unfortunate event had happy outcomes. I was well and thoroughly hacked in October (The Baltimore Sun printed my whine under the headline “Be forewarned: we’re all in season when it comes to online ‘phishing’ scams”), prompting communications from an astounding array of people. The first call came from my oldest nephew; we spent the best part of an hour catching up; his family is thriving. His middle brother married and is a doting stepfather to three children. The youngest brother and family have relocated from Kittery ME to St. Augustine FL. So many changes! And my sisters older daughter is hoping to start a wonderful new job in the new year. 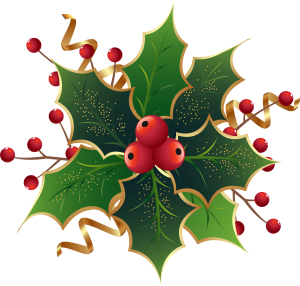 And speaking of family… After a process lasting about three years, my Dear One now has a Lithuanian passport! Some time ago we discovered that he was entitled to dual citizenship through both his parents, as the son and grandson of immigrants. At the time we initiated the application, we hadn’t documented his father’s family; his mother, however, arrived in 1926 and kept her passport. We also had copies of her birth record and her parents’ marriage notice. Even so, it took the assistance of a lawyer in Vilnius to get the job done. Sveikas! we say to them.

There was another milestone in 2021: the 70th anniversary of my Dear One’s graduation from High School. While the 50th and 60th reunions were elaborate events, this one brought together just a handful of classmates and their spouses: Joan P., Dick S., Louanne E., Bill G., Jeanette C. and Corky B. We gathered at a restaurant, raised a glass and toasted friends present, distant and passed.

The family firm founded by our son-in-law employs all but one of his kids. The exception is a graphic artist working in San Francisco CA. My Dear One’s older daughter is frail after a fall and in nursing care, watched over attentively and lovingly by her sister.

My Tattooed Boy acquired a fancy new camera for documenting the rock shows he reviews for his blog, http://www.justarocknrolljunkie.com. He sent me pictures and they are pretty darned wonderful. His participation on The Metal Summit Wednesday podcast as a host continues and I even tune in every now and then.

As a member of Phi Beta Kappa, my Dear One gets The American Scholar. The Autumn 2021 issue included a piece by Christian Wiman, “The Birds That Sang I Am: Poems About The Place Where We Belong.” He mentioned a letter written by Vincent van Gogh to a fellow painter, Emile Bernard, dated Arles, 23 June, 1881. Somehow it seems fitting to these times.

…Science – scientific reasoning – strikes me as being an instrument that will go a very long way in the future.
For look—people used to think that the earth was flat—That was true, and still is today, of, say, Paris to Asnières.
But that does not alter the fact that science demonstrates that the earth as a whole is round, something nobody nowadays disputes.
For all that, people still persist in thinking that life is flat and runs from birth to death.
But life, too, is probably round, and much greater in scope and possibilities than the hemisphere we now know.

May your life in 2022 be round, indeed, and vast in its scope, hopes and possibilities.

All Love to All of You