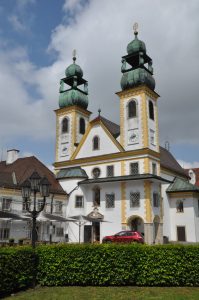 I made the pilgrimage on my own, from our moorage on the Danube in Passau, Germany, up the Wallfahrtsstiege, the 321 steps to the Mariahilf.  I counted off the Stations of the Cross and contemplated the gifts people had left, pleas for help and expressions of gratitude. No one else was there, no one disturbed my explorations of the chapel or intruded on my quiet seat with a view over the town below. I did not descend by the same steps, though. A small brown bird hopped about in the undergrowth, directing me to a path through green woods, brightened by patches sun-dappled grasses with wildflowers of violet-blue. I stepped carefully over a snail camouflaged in the tan-marbled pebbles as I regained the road and headed back to the boat.

“Mariahilf” means Oh, Mary, help. Maybe She did help me in some small way that day.

That was one afternoon during a week when we decided that we just are not folks who cruise. A float down the “Romantic Danube”—from Nürnberg to Budapest—during the merrie month of Mai was luxurious and scenic and the food was fantastic. We recommend it. For someone else. As for us? We don’t play all that well with others, take issue with tour schedules and are in the thrall of personal biorhythms of unpredictable beat. 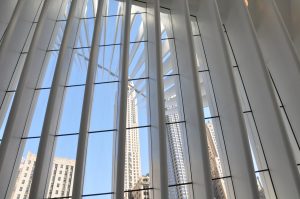 from the belly of the Oculosaurus

We are happy, however, to join the masses on the Megabus to the Big Apple. The ticket is cheap and the drop-off-and-pick-up points are within a short walk of our preferred hotel. In March and October we saw: operas (Elixir of Love and Don Giovanni), a musical (Book of Mormon); a small concert featuring Hindemith’s Matthis der Maler at the Metropolitan Museum of Art; and art at (alphabetically) the Frick, Guggenheim, Met and Met Breuer, and the Whitney. We strolled in Central Park and on the Highline, trekked up and down 9th Avenue and toured South Street Seaport and a couple of sailing ships. Plus the new World Trade Center and Calatrava’s startling transportation and shopping hub, the Oculus—or as Dan has dubbed it “the Oculosaurus.”

Brunch with Della Zelda Schneiderman, the best fifth-grade teacher ever, was the highlight of the March excursion; I had last seen her as I departed Roxboro Elementary School in June 1962. Out of sight does not always mean out of mind, though, and I got to tell her—finally—how dear she is to me, about the impact of those books she had read aloud. I learned from her that a good education is subversive—and she, educator extraordinaire that she is, still sparkles with subversive and acerbic wit.

If Della gave me back a piece of childhood, Shelley Stow and her husband Kevin reminded me that I am an utter antique. Shelley was one of my interns at the Des Moines Art Center and I attended her wedding to Kevin in the early 1990s. Since then they have hatched three gorgeous children, all of whom are successfully fledged.  Shelley and Kevin were in Washington DC for Kevin’s work and we reminisced in the galleries of the National Museum of American Art-slash-National Portrait Gallery until a fire alarm emptied everyone out onto the rainy sidewalks. 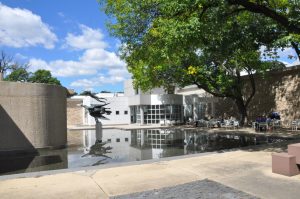 Even now Iowa blooms in my heart and I was tickled to have reason to return. Dan’s great-great niece Taylor McLaughlin  said “I do” to Robert Miller’s proposal of marriage and, as the happy couple sensibly chose Labor Day weekend for their nuptials in Mason City, we scheduled a whole Midwest jaunt. Our initial destination was “home” to the Des Moines Art Center. We also stopped by the Iowa State House, Pappajohn Sculpture Garden and historic Salisbury House. Dinner with Mary Beth, my old boss, and her husband Gene Fracek was home-style Italian washed down with plenty of red wine. We hardly realized that twenty-seven years has gone by. 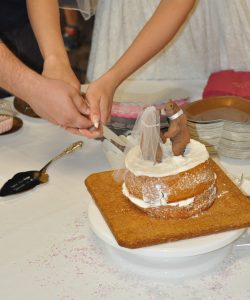 Then it was time to celebrate Taylor’s wedding, a joyous and child-packed event in a natural amphitheater at the Lime Creek Nature Center. On the way there we paid our respects to Buddy Holly, the Big Bopper and Richie Valens at that cornfield in in Clear Lake where on a cold February night in 1959 “the music died.” We knew about “The Music Man” Meredith Willson, but had no idea that Mason City boasts two Frank Lloyd Wright buildings and a heap of Prairie School architecture! Our final stop was Minneapolis MN. Feel free to omit The Mall of America from your itinerary if you go; that place is a horror show. Giga-mall? No, tera-mall. Or maybe terror-mall. The Institute of Art and Minnehaha Falls were definitely more our kind of thing.

Yes, 2016 has been loaded with reconnections, renewals and sentimental restorations. Despite a weather report for increasing fog down Memory Lane, I continue to shuffle down that road, kicking at fossilized recollections and rediscovering byways overgrown but still passable. 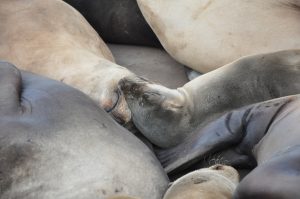 Dan and I lucked into La Jolla’s one full week of sun in January—not that we need fair weather to love that seaside California village where we met in 1984. We listened to breakers from our tiny cottage a few steps from the shoreline and shopped at the weekly Farmer’s Market. Sea lions have taken over the cliffs at the Cove but our old apartments are unchanged. The spume of migrating whales seemed like a personal greeting. We dined at Betty’s Pie Whole in Encinitas, waded in the surf at Cardiff-by-the-Sea and visited a few art museums, too, but we didn’t win those half-billion Powerball dollars. Darn it.

Sometimes the past shows up on our doorstep. Dan and I live five or six minutes from Interstate 95 and our offers of hospitality finally lured in my brother Jim and his son Dan. Dan stayed overnight on his way to and from New Orleans LA. Jim and his friend Laura and their pup Mocachino had been roaming around suburban Washington DC and they brought me a photo of our old address, 111 Harmony Drive in Vienna, Virginia. What a difference sixty years makes. Gone were those brick shoeboxes occupied by impoverished young couples and their kids. Someone tore down our dump—cue Joni Mitchell here—and put up a McMansion!

We’ve certainly had fun.  So have Dan’s daughter Denise, her husband Bruce and their kids Dylan, Miles and Alice. They acquired a little lake house in the Poconos—and sixty-five acres of forest good for hiking and hunting—and now have quite the cozy retreat. Alice has extra cause to celebrate: she graduates from York College in Pennsylvania just before Christmas and will join the family firm. My son Jay has attended more concerts and interviewed more rock stars than I could imagine existed. (http://www.justarocknrolljunkie.com). He’s having fun, too. 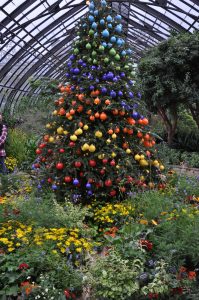 Most fun of all? My brother Tim is betrothed to Jane Dent-Grady and I really, really like her. A lot. The word came just as this letter was about to go to press.

It has been a complicated year for the United States, but the Christmas Letter is no place for such discussions. I only hope that all of us will be able to move forward—in peace, in hopefulness and with our minds and hearts focused on a future that is brighter in every way. Thank you, Secretary Hillary Clinton, for offering this year’s quotation:

Let us not grow weary in doing good, for in due season, we shall reap if we do not lose heart. (Paul’s Letter to the Galatians, 6:9)

Love to all. Whoever you are.