That Is Such Sad News

The comment followed former president Jimmy Carter’s announcement that he has terminal cancer. A number of people from NPR’s Diane Rehm to ordinary friends have found the news “sad.”

My FBF continued: “Although I greatly admire Carter, I disagree. Of course, I don’t want him (or anyone) to suffer. But Carter has had a long, deeply rewarding life, remaining active and sharp-minded at age 90. The fact that a very old person who has lived a useful and satisfying life is now dying does not seem sad to me. Rather, it is normal, natural, in some sense even joyous. This is what is supposed to happen.”

One responder wrote, “…for those left behind a death is always sad. We mourn OUR loss, not the natural death of an older person who lived a great life.”

I think that is true. My contribution to the thread said, “It is the survivors’ sense of loss that gives a passing like that its mournful aspect. And for me, the loss of every cherished elder, Jimmy Carter, great artists, musicians and actors, and my own loved ones, makes me feel a little more alone as my ties to the past that made me who I am fray and snap.”

I wonder how I got not only to the age of 63—a number which sounds so strange because I am not all that old but when my mother and my grandparents were 63 it was Methuselah territory—but how I attained such senior status in my family hierarchy. 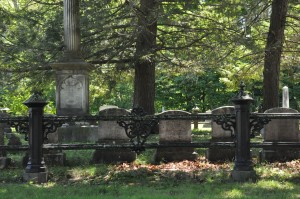 My childhood was filled with people two generations removed: grandparents, great-aunts and great-uncles. These were lively people who traveled, played tennis, engaged in raucous games of bridge and ate and drank with gusto. Many of them were still with me when I was in my thirties—Great-Aunt Helen who was also my godmother, my Nannie and Pop, assorted others.

By the turn into the 21st century though, they, most of them born in the waning years of the 19th century, were gone.

Then the next generation began to thin. My father had died when I was just 13, too young to understand how terribly young 42 is. Then Ma joined him in 2007, a few days shy of 82. Her younger brother Nat was next, in 2009 and their older brother Jerry in 2014. The pace seemed to pick up. Another of that generation of cousins also died in 2014 and in 2015, Nat’s widow, Ravida. Suddenly, that cluster of siblings that constituted in my mind the concept of “parents” were all gone but one, Jerry’s beloved Doffy. 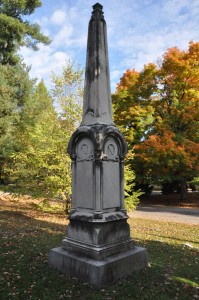 the maternal line – space yet to fill

And when I glance downward I don’t see what Ma or her brothers or most of her cousins saw when they were my age: grandchildren. My Tattooed Boy has not yet found she whom he would have as his bride. Without question what one might call a “late bloomer,” he has both vocation and avocation (though the two are not one) and he wants both domestic security and the mixed blessing of children, but as yet none of that has come to be.

No, I don’t think death is always sad. Beyond the tragedy of the span cut short, death can be that welcome oblivion, a terminus that invites forgiveness and farewells, or a gentle halt that denies Newton’s First Law of Motion.

I attended a memorial a few weeks ago for a woman who had graduated high school alongside my Dear One. Her death was tragic, a car accident just a mile or so from her home. She was 83, an ordinary woman, mother and grandmother, once widowed, twice married, a schoolbus driver. Her family had lived in this small town for generations and she and her sister were still called “the girls” when they came to class reunions, always together, inseparable.

We arrived at the funeral home earlier than originally planned in order to be there with other classmates. By that point—fifteen minutes after the gathering had begun—there was a line that snaked down a hall and back and around the foyer of people waiting to sign the condolences book. After perhaps twenty minutes in line we gave up on the book, found our friends, wept with the sister who suddenly seemed to be half-missing. When we left, with an hour left in the scheduled visitation time, the line was out the door and down the block.

The grief of loss we had just absorbed was dispelled in the delight of seeing such caring and such affection. The crowd could not have been longer had our friend been a celebrity, a public official, someone whose résumé made her look important. This death was sad because it was unforeseen and violent, even if not arguably premature.

This death, though, occasioned joy, the joy of having loved a lovable woman who was part of that family and that community in myriad tiny and precious ways for the fourscore and three years she had given it.

I think, in the end, that the sadness of such deaths is the bitter that makes the memory so rich and sweet. There is another taste in that complex emotion too, perhaps, a note of trepidation. While we are sad that a death means that we survivors must go on in reduced numbers, I at least wonder, when I die, who will say, “That is such sad news.”